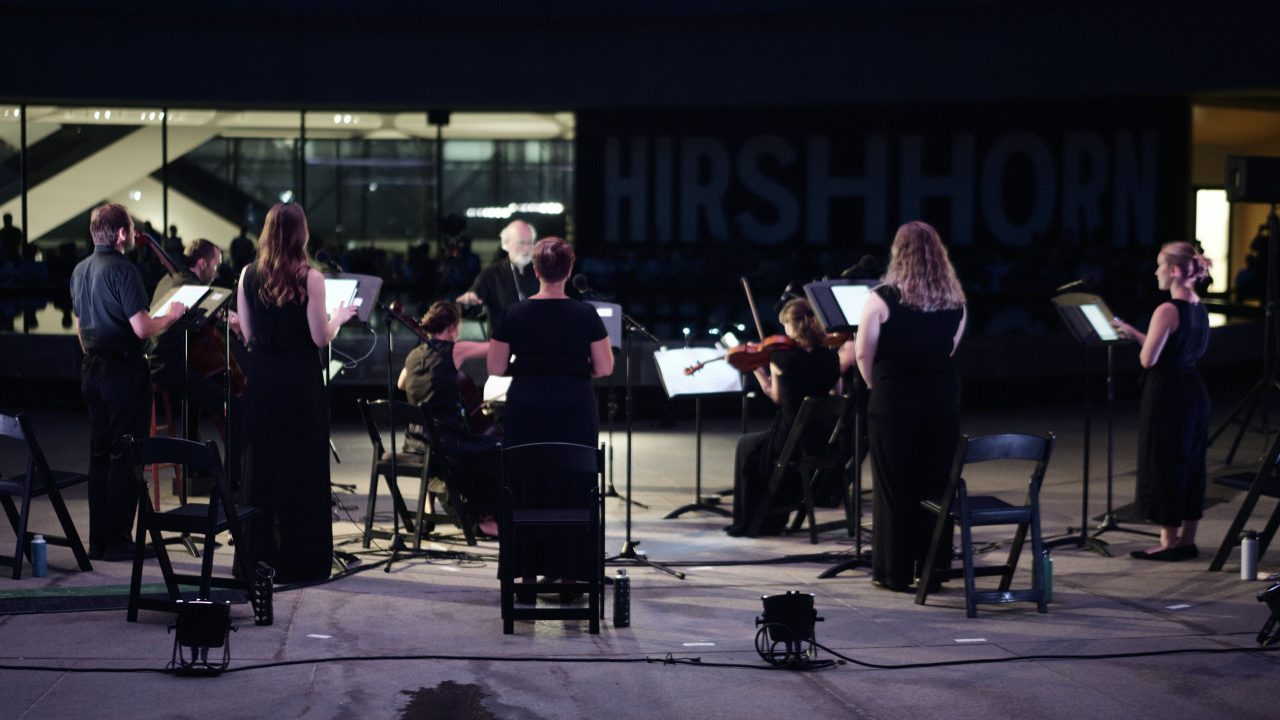 FREE
Tickets available now
We strongly recommend claiming a ticket to ensure your seat. This program is expected to be at capacity.

The 21st Century Consort presents a special performance inspired by Armenian-American artist Zarouhie Abdalian’s work Threnody for the Unwilling Martyrs and the exhibition Put It This Way: (Re)Visions of the Hirshhorn Collection, which highlights works from the Museum’s collection by 49 women and non-binary artists. The performance aligns the “protracted grieving” for loss and injustice behind Abdalian’s sound installation with a performance of Armenian-American composer Tatev Amiryan’s Tristesse. Together with music variously witty, virtuosic, and haunting, these works share a sense of collective mourning, a theme threading through a presentation of engaging and challenging music by women composers.

Come early for a pre-concert discussion with Christopher Kendall, Director of the 21st Century Consort, and composers Alexandra Gardner and Juri Seo. The talk will take place at 4 pm in the Lerner Room on Level 3.

This performance is presented in memory of the recently lost composer David Froom, who was a long-standing member of the 21st Century Consort family. Froom’s Lament for the City will be performed in his honor.