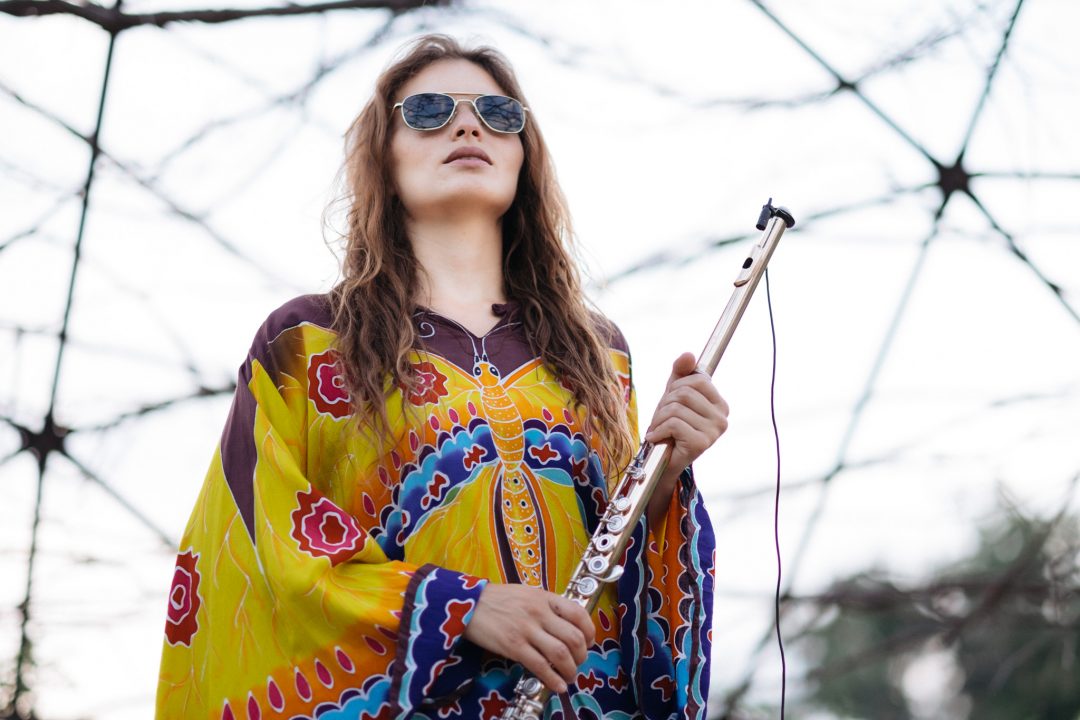 Musician Gina Sobel joins the Hirshhorn to interpret into music Fred Sandback’s Untitled (Sculptural Study, Twelve-Part Vertical Construction) (c. 1990), which adapts the gallery space with a dozen columns of red and black yarn. At a young age, Sandback developed a deep interest in string instruments and spent time making his own banjos and dulcimers. This interest in music and strings continued throughout his life and became a great influence on his art. The installation is part of the Hirshhorn’s exhibition What Absence is Made Of, which investigates ways artists make visible the invisible and brings to light common threads not previously explored through works in the Museum’s permanent collection.

Seating for this performance will be first-come, first-served.

Gina Sobel is a natural improviser. A virtuoso on multiple instruments, she exudes energy and excitement in her live performances and is sought after as a soloist with national and international performers. In her own music, Sobel combines diverse genres to unite elements of funk, jazz, and American folk music into a fresh and compelling sound. Sobel is the bandleader of Choose Your Own Adventure, a high-energy funk group featuring a brilliant group of musicians, and she is active in genres across the spectrum, ranging from hip-hop to bluegrass and everything in between. Recently, Sobel has played Red Rocks Amphitheater, New Orleans Jazz Fest, The Kennedy Center, 9:30 Club, and the Richmond Folk Festival. In 2018, she completed both the Strathmore Artist in Residence program and the Virginia Folklife Apprenticeship. She has released a number of albums, most recently Aussie Rules, by Choose Your Own Adventure.