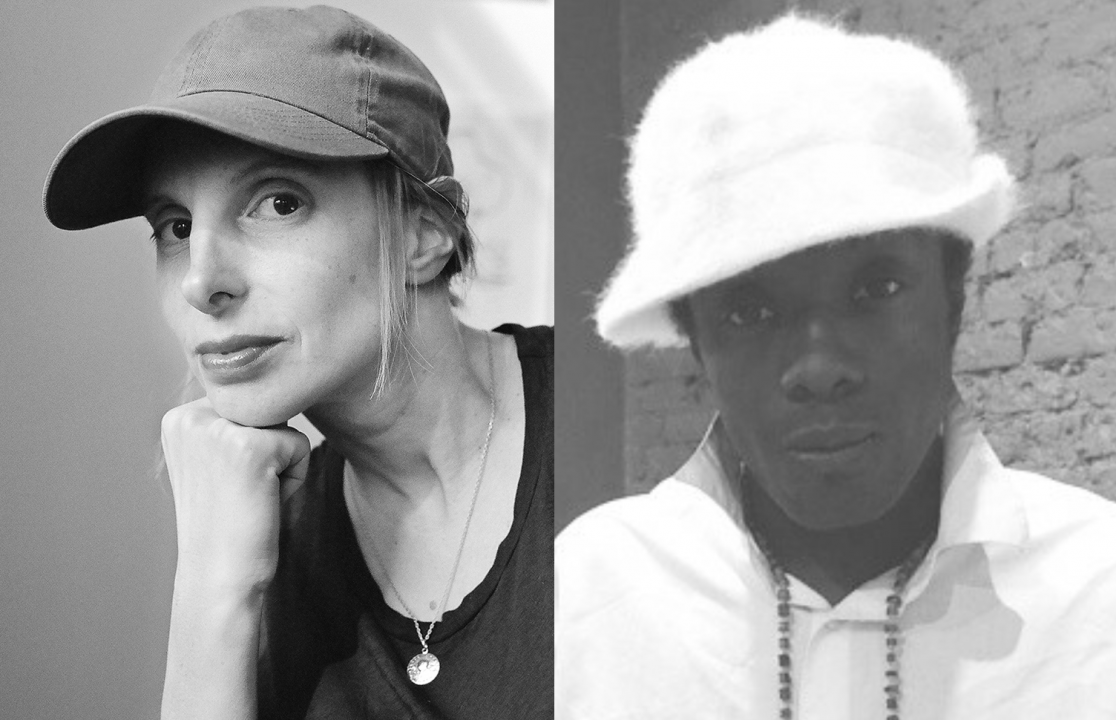 FREE
This program is online only.
Register in advance now! Advance registration is required. After registering, you will receive a confirmation email containing information about joining the talk.

Camille Henrot’s diverse practice moves seamlessly between film, painting, drawing, sculpture and installation. Henrot references self-help, online second-hand marketplaces, cultural anthropology, literature, psychoanalysis, and social media to question what it means to be at once a private individual and a global subject. She won the 2014 Nam June Paik Award and was the inaugural winner of the Edvard Munch Art Award in 2015.

A 2013 fellowship at the Smithsonian Institution resulted in her film Grosse Fatigue, for which she was awarded the Silver Lion at the 55th Venice Biennale. The 13-minute film has since been included in exhibitions globally, including in the Hirshhorn’s 2017 The Message: New Media Works. Last year, ARTnews named it one of the most important artworks of the 2010s. Grosse Fatigue critiques the human ambition to represent the totality of the world, an aspiration that underpins many museum collections. To create the film, which entered the Hirshhorn’s collection in 2013, Henrot searched through the Smithsonian archives for material that would reference creation stories from scientific, hermetic, and oral discourses. The fragments and objects sourced and filmed by Henrot appear within different computer desktop windows opening and closing, each with its own frame of reference. The accumulation of layered windows draws a parallel between museums’ drive to acquire and consumer culture. The film is structured around a poem voiced by multidisciplinary artist Akwetey Orraca-Tetteh, and written in collaboration with Jacob Bromberg, with music by Joakim Bouaziz.

Akwetey Orraca-Tetteh, known to many as “AK,” is a Ghanaian-American artist currently based in Mexico City and Accra. Inside an immersive practice encompassing 3D engineering, painting, and performance, the artist intimates the complexities of virtual life through image and sound works. Driven by ideas of ancestral memory and emerging technology, Akwetey often employs computer applications, animation, and the Internet-as-medium, reimagining cultural and personal mythologies through the reach of digital consciousness.

Henrot and Orraca-Tetteh come together to discuss the project and more with Hirshhorn associate curator Marina Isgro.

Grosse Fatigue is on view in the Hirshhorn’s online Black Box exhibition from October 1 through 31.

This virtual event is part of Talking to Our Time. the Hirshhorn’s online series of free artist talks featuring a diverse group of artists and collectives. View all events!

This event is also part of #HirshhornInsideOut, the Museum’s initiative to bring art into your home.