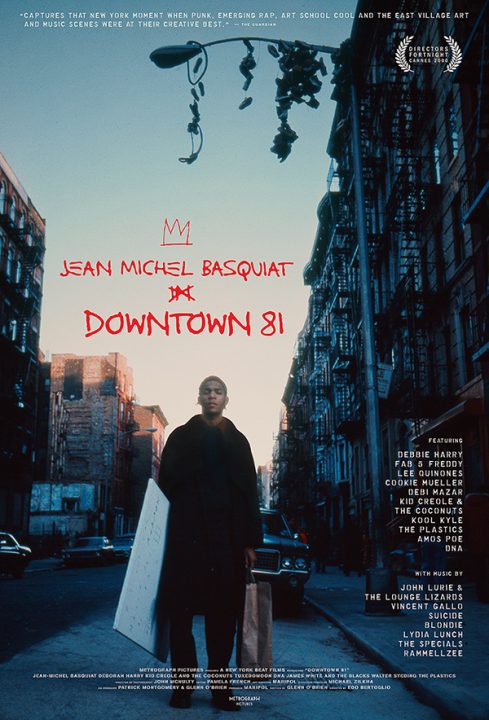 Behind on his rent after an emergency hospital stay, the painter Jean (Jean-Michel Basquiat) has to hurry to hustle together enough money to get back into his apartment by moving one of his canvases. Shot in New York City in late 1980 and early ’81, the ambling, freewheeling Downtown 81 follows Jean through the city’s still-untamed streets, incidentally picking up the incredible diversity of cultural activity then happening in New York City, from Jean’s street art to early hip-hop to the variety of musicians participating in the so-called “No Wave” avant-garde music scene. As Jean passes through a string of legendary New York venues—the Rock Lounge, the Peppermint Lounge, and the Mudd Club—we observe live performances by the likes of Kid Creole and the Coconuts and James White and the Blacks. Down and out, his band’s equipment stolen, Jean prepares to bed down for the night in an alleyway before encountering a fairy princess (Debbie Harry) who changes his fortunes and sends him off to a prosperous future.

Seating for this program is first-come, first-served.