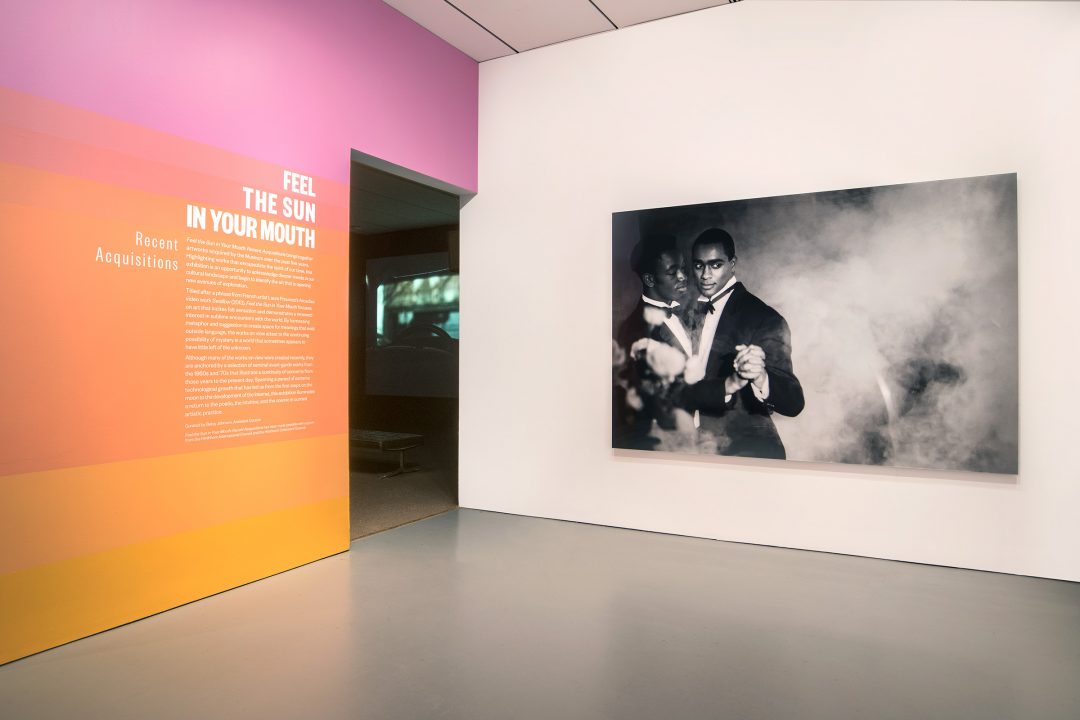 Looking for Langston is a lyrical exploration – and recreation – of the private world of poet, novelist and playwright Langston Hughes (1902 – 1967) and his fellow black artists and writers who formed the Harlem Renaissance in the 1920s. Directed by Julien while he was a member of Sankofa Film and Video Collective, and assisted by the film critic and curator Mark Nash, who worked on the original archival and film research, the 1989 film is a landmark in the exploration of artistic expression, the nature of desire and the reciprocity of the gaze, and would become the hallmark of what B. Ruby Rich named New Queer Cinema. Looking for Langston is also regarded as a touchstone for African-American Studies and has been taught widely in North American universities, colleges and art schools for nearly 30 years. The film was created at the height of the AIDS crisis and brought together archival footage and theatrical scenes with dance and poetry to create a groundbreaking meditation on black gay desire, representation and memory.

Pas de Deux No. 2 (Looking for Langston Vintage Series) is currently on view in Feel the Sun in Your Mouth: Recent Acquisitions, an exhibition that brings together artworks acquired by the Hirshhorn over the past five years.