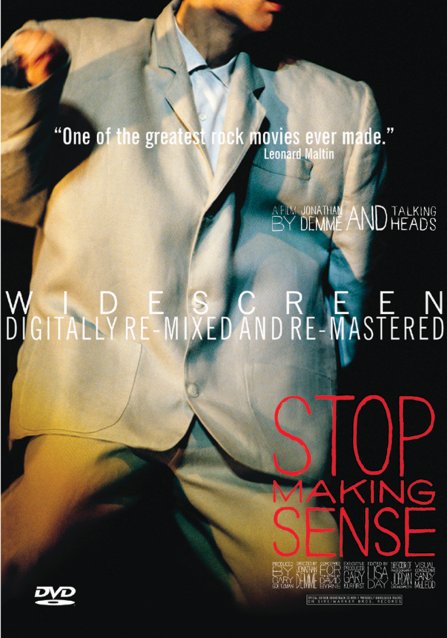 Director Jonathan Demme captures the frantic energy and physical presence/performance art of Talking Heads in this seminal concert film shot at the Hollywood Pantages Theatre in 1983. The audience watches David Byrne who first appears on an empty stage, armed with only an acoustic guitar, and is gradually joined by bassist Tina Weymouth, drummer Chris Frantz, keyboardist Jerry Harrison and a cadre of backup singers as they perform the band’s hits, culminating in an iconic performance featuring Byrne in an enormous suit. Byrne later commented that the goal was to “show how a concert gets made,” as it was happening. Demme worked with Bryne to create a concert movie unlike any other–using shots from the crowd’s point-of-view, avoiding crowd reaction shots, and creating the sense that the viewer is a part of the band and not the audience.

Seating for this program is first-come, first-served.