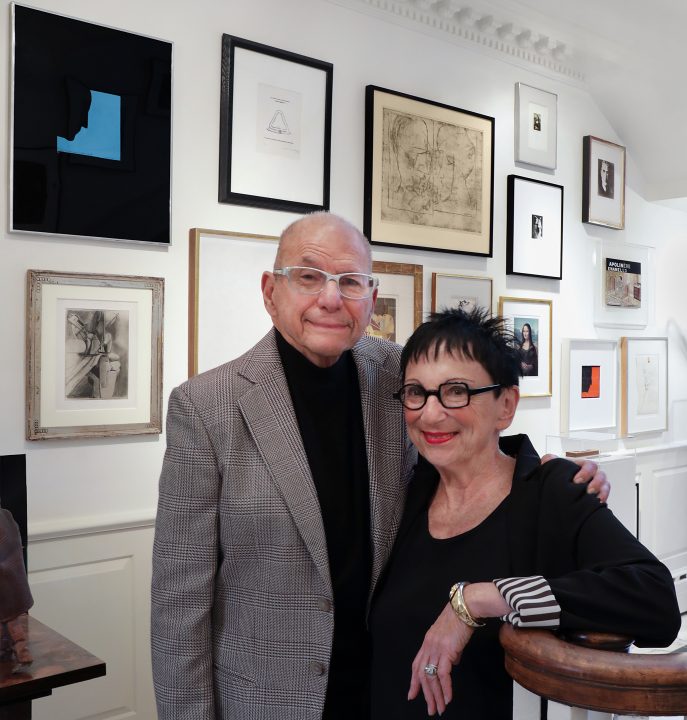 “Art is no longer a pretty painting to hang above the couch. It’s something to think about … Duchamp changed the meaning of art, the world of art.”
—Aaron Levine, The Washington Post

DC-based art enthusiasts Barbara and Aaron Levine have had a long relationship with the art of Marcel Duchamp, arguably the most influential artist of the twentieth century. The extraordinary trove of works they have purchased, cared for, and lived with for the last several decades includes more than thirty-five works by Duchamp as well as those by his contemporaries and collaborators, all of which have been promised to the Hirshhorn. Over the next year, this foundational gift will inspire a close examination of Duchamp and his legacy at the Museum, including a two-part exhibition, public programs for all ages, and an extensive publication featuring essays on the promised artworks and major themes related to the artist’s revolutionary ideas.

On the eve of opening the exhibition Marcel Duchamp: The Barbara and Aaron Levine Collection, the Levines will join Hirshhorn Director Melissa Chiu in conversation about their obsession with Duchamp, from initial sparks of interest to the point of living with one of the most important collections of art by the most influential artist of the last century.

About Barbara and Aaron Levine

Barbara Levine is a Hirshhorn Museum Trustee Emerita, after serving as Trustee from 2000 to 2012. Barbara and her husband Aaron Levine, a lawyer, have had a long history together: After growing up in the same apartment building in Brooklyn, New York, and dating in high school, they both ended up in Washington, DC, where Aaron was attending law school. The District became their permanent home, and over the years they developed a passion for art. Barbara gravitates toward Minimalism, while Aaron is drawn to conceptual art; they come together to appreciate and buy art that excites them.