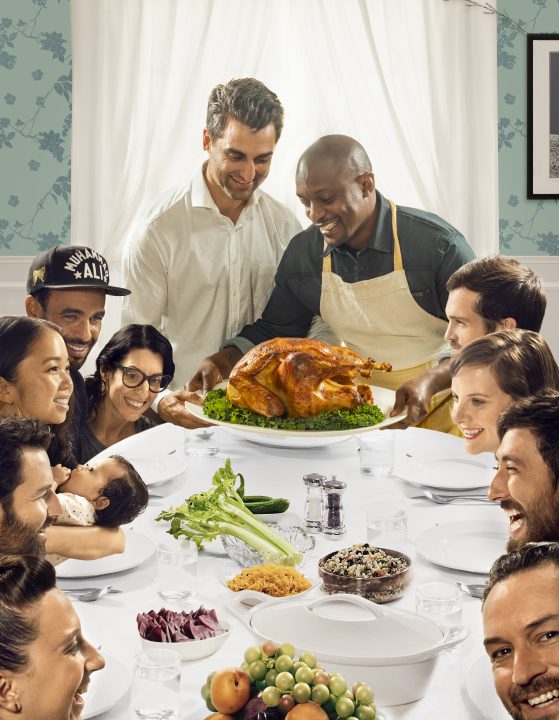 Hank Willis Thomas, artist and co-founder of the For Freedoms artist collective, teamed up with Emily Shur, photographer and designer, to reimagine Norman Rockwell’s 1943 series Four Freedoms, inspired by Franklin D. Roosevelt’s 1941 State of the Union address. Using the four freedoms articulated during Roosevelt’s speech—Freedom of Speech, Freedom of Worship, Freedom from Want, and Freedom from Fear—For Freedoms created an updated tableau that highlights a much more inclusive America than what was originally styled in Rockwell’s iconic scenes.

Thomas and Shur will sit in conversation with New York Times critic and Still Processing podcast co-host Wesley Morris to discuss their powerful series “For Freedoms,” on view in Manifesto: Art x Agency, an exhibition exploring the work of artists who aim to effect change in the world around them.

Wesley Morris is a critic-at-large at the New York Times and a staff writer at the New York Times magazine, where he writes about popular culture and hosts the podcast “Still Processing,” with Jenna Wortham. For three years, he was a staff writer at Grantland, where he wrote about movies, television, and the role of style in professional sports, and co-hosted the podcast “Do You Like Prince Movies,” with Alex Pappademas.  Before that, he spent 11 years as a film critic at the Boston Globe, where he won the 2012 Pulitzer Prize for criticism.

Hank Willis Thomas is a conceptual artist working primarily with themes related to perspective, identity, commodity, media, and popular culture. His work is included in numerous public collections including the Museum of Modern Art in New York, the Solomon R. Guggenheim Museum, and the Whitney Museum of American Art, among others. Thomas is a recipient of the Gordon Parks Foundation Fellowship (2018), Guggenheim Fellowship (2018), the AIMIA | AGO Photography Prize (2017), the Soros Equality Fellowship (2017), and is a member of the New York City Public Design Commission.