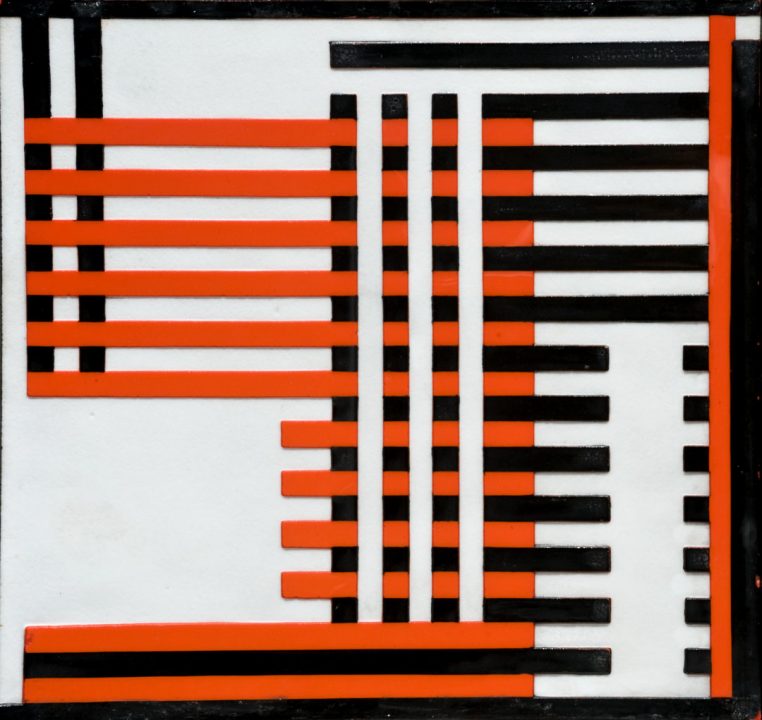 In 1919, the German Bauhaus school opened its doors and set the stage for the next generations of experimental artists and designers. Founded by Walter Gropius, the school became a symbol for a modern art movement and spread its influence around the world after the dispersal of its members during World War II.

One hundred years later, the uniformity of design has become commonplace but owes a debt to the Bauhaus. We still find its influence in our pockets with the sleek design of an iPhone, in the uniform, glass-faced edifices of skyscrapers, and in practically everything on the shelves of Ikea and Target, as well as across the globe in modern and contemporary art and architecture.

Please e-mail hirshhornexperience@si.edu if you would like to request ASL interpretation for this program

About the Speakers
Named “one of the most creative people in business” by Fast Company, and “one of the most influential designers working today” by Graphic Design USA, Debbie Millman is also an author, educator, and curator as well as founder and host of the podcast Design Matters, one of the world’s first and longest running podcasts. As host, Millman has interviewed nearly 500 artists, designers and cultural commentators over the past 14 years. Design Matters won a 2011 Cooper Hewitt National Design Award, and in 2015, Apple designated it one of the best overall podcasts on iTunes. In 2018, the show was honored by the Webby Awards. Millman is the author of six books, including two collections of interviews that have extended the ethos and editorial vision of Design Matters to the printed page: How to Think Like a Great Graphic Designer (2007) and Brand Thinking and Other Noble Pursuits (2013). In 2009, Millman co-founded the world’s first graduate program in branding at the School of Visual Arts in New York City, and for 20 years, she was the president of Sterling Brands, one of the world’s leading branding consultancies.

Laura Muir is the Louis Miller Thayer Research Curator in the division of Academic and Public Programs at the Harvard Art Museums. She specializes in European modern art and the history of photography, having organized exhibitions on photography and the Bauhaus, postwar German painting and sculpture, and Anselm Kiefer’s use of photography. Her 2011 exhibition and publication Lyonel Feininger: Photographs, 1928–1939 was the first devoted to the photographic work of former Bauhaus master Lyonel Feininger. The publication received a gold prize in the 2012 German Photo Book Awards. Her 2019 exhibition The Bauhaus and Harvard explored the Harvard Art Museums’ extensive Bauhaus collections. Muir is a contributor to and editor of the forthcoming publication Object Lessons: The Bauhaus and Harvard, which will appear in 2020.

Erica Warren is assistant curator in the Department of Textiles at the Art Institute of Chicago. Her exhibition Weaving beyond the Bauhaus will be on view in the Textile Galleries until February 17, 2020. She is working on an exhibition about the contemporary artist Bisa Butler (slated for September 2020) and a project about Dorothy Liebes, the American weaver, textile designer, and entrepreneur. She earned her PhD in art history from the University of Minnesota.

Dong-Ping Wong is the founder and director of Food New York, a design firm based in New York City. The studio focuses on designing environments, from ground-up structures to renovations to landscapes, all with the intent of transforming how people relate to the context, culture, and resources around them. Ongoing projects include the 19,000-square-foot New York headquarters for a Hong Kong-based media company, a garden in the Cayman Islands, a flagship store in Istanbul, and +POOL, the world’s first floating, water-filtering pool.

Before starting Food in 2018, Dong was a founding partner of Family New York with Oana Stanescu, which led the designs of contemporary art museums in Mänttä, Finland and Maribor, Slovenia; stand-alone stores for Off-White c/o Virgil Abloh in New York, Tokyo, Singapore and Hong Kong; the stage design for Kanye West’s Yeezus Tour; and residential projects for Kanye West and Kim Kardashian West in Paris and Los Angeles.

Wong earned his M.Arch degree from Columbia University and his bachelor’s degree from UC Berkeley.

Want to learn more about the Bauhaus?

Participate in World Architecture Day with our friends at the National Building Museum on Sunday, October 6, between 11 am and 3 pm. Explore architecture in the Museum’s collections and through talks and activities for all ages.

This free community day will feature a special emphasis on the 100th anniversary of the Bauhaus, the German art school founded in 1919 by Walter Gropius.

This program is part of Wunderbar Together: The Year of German-American Friendship 2018/19. This is a comprehensive and collaborative initiative of the Federal Foreign Office, the Goethe-Institut, and with support of the Federation of German Industries (BDI), highlighting the decades-long relationship grounded in common values, interests and goals.