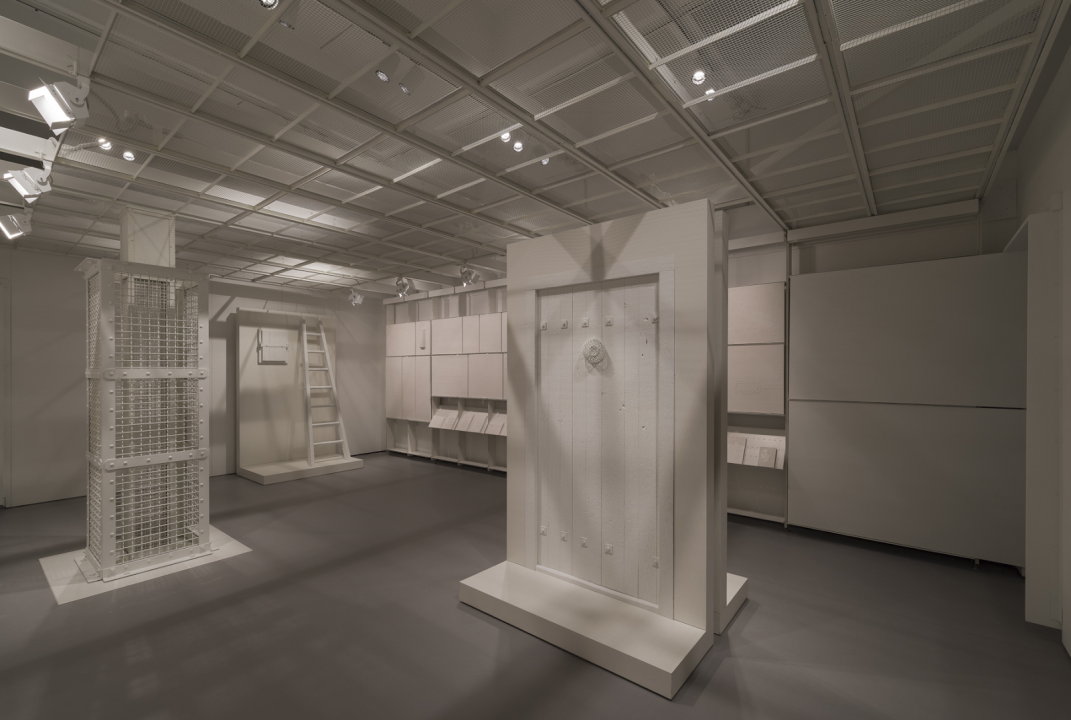 Join us for the second in a series of discussions on “Memory, History, and Representation.” The series explores the nature of truth through the lens of The Evidence Room, an installation that examines the chilling role architects played in constructing Auschwitz.

Journalist Benjamin Wittes leads a conversation with author Deborah Lipstadt, historian Andrew Delbanco, and filmmaker Theodore Bogosian to explore how evidence lives beyond memory and experience of traumatic events. Confronting the Holocaust, slavery, genocide, and other ongoing denials of violence throughout history and across the world, this group of scholars will explore the evidence, facts, truth, and testimony that remain long after those who lived through the trauma.

Before the program, join a special introduction to The Evidence Room with architectural historian Robert Jan van Pelt.

Benjamin Wittes is a senior fellow in Governance Studies at The Brookings Institution. He co-founded and is the editor-in-chief of Lawfare, a website devoted to sober and serious discussion of “Hard National Security Choices.” He is a contributing writer at the Atlantic and a law analyst at NBC News and MSNBC. His published books include Detention and Denial: The Case for Candor After Guantanamo (2011); Law and the Long War: The Future of Justice in the Age of Terror (2008); and Confirmation Wars: Preserving Independent Courts in Angry Times (2006). Wittes previously served as an editorial writer for the Washington Post specializing in legal affairs, and his writing has appeared in a wide range of journals and magazines including Slate, The New Republic, The Wilson Quarterly, The Weekly Standard, Policy Review, and First Things.

Andrew Delbanco is the Alexander Hamilton Professor of American Studies at Columbia University. He is the author of many notable books, including the recently released The War Before the War: Fugitive Slaves and the Struggle for America’s Soul from the Revolution to the Civil War. In 2001, Delbanco was named by Time as “America’s Best Social Critic.” In 2012, President Barack Obama presented him with the National Humanities Medal.

Emmy-winning filmmaker and television producer Theodore Bogosian has been directing, producing, and writing long-form documentaries since 1978, and collaborating with the Levinson/Fontana Company on network episodic drama and independent films since 1997. Bogosian and his programs have won top prizes everywhere from The National Press Club and the Chicago Film Festival to the Writer’s Guild of America, East. His documentary, The Press Secretary, was adapted into an Emmy-winning episode of NBC’s The West Wing. Among Bogosian‘s many credits and awards as director, writer, and executive producer is Genocide 101: Another Armenian Journey, which is currently in pre-production.

Deborah E. Lipstadt is the Dorot Professor of Modern Jewish History and Holocaust Studies at Emory University. She is the author of History on Trial: My Day in Court with David Irving (a National Jewish Book Award winner); Denying the Holocaust: The Growing Assault on Truth and Memory; and Beyond Belief: The American Press and the Coming of the Holocaust, 1933–1945. At Emory, she created the Institute for Jewish Studies and was its first director. She was the winner of the landmark libel case David Irving v. Penguin/Deborah Lipstadt, and has been an outspoken advocate for truth and Holocaust history.

Dr. Robert Jan van Pelt is one of the world’s leading experts on Auschwitz. He co-authored the award-winning book, Auschwitz 1270 to the Present, with Deborah Dwork, and initiated and chaired the workgroup that created the master plan for the future of the Auschwitz museum. Dr. van Pelt was one of the four internationally renowned historians who served as expert witnesses for the defense in the Irving-Lipstadt trial. Dr. van Pelt is a professor at the School of Architecture of the University of Waterloo in Canada. He speaks regularly on topics concerning the Holocaust in general, the history of Auschwitz and the possible future of that site, and Holocaust denial.

ABOUT THE EVIDENCE ROOM

The creators of The Evidence Room drew inspiration from the architectural forensic evidence presented by architectural historian Robert Jan van Pelt in a landmark libel case in 2000 as irrefutable proof that Auschwitz was purposefully designed for efficient mass murder. This groundbreaking research led to the proliferation of the use of architectural forensics, a discipline encompassing architecture, technology, history, law, and human rights. Initially commissioned for the 15th Venice Architecture Biennale in 2016, The Evidence Room recreates architectural elements of the Auschwitz gas chambers and crematoria to explore the complex nature of history, memory, and truth.