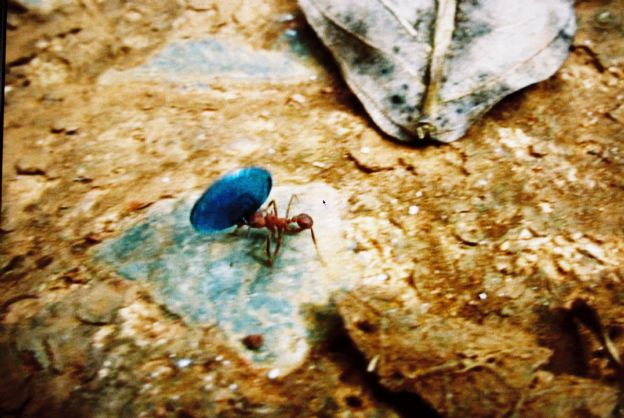 December 17, 2007, to April 20, 2008
Rivane Neuenschwander, whose films address themes of chance and improvisation, is perhaps best known for her photographic series and was a finalist for the Hugo Boss award in 2004. Neuenschwander was born in Brazil in 1967, where she currently lives and works. Included in the Black Box presentation was Quarta-Feira de Cinzas/Epilogue (2006), which is Portuguese for “Ash Wednesday.” The film is a collaboration with artist Cao Guimaraes and offers a mesmerizing close-up view of a community of ants hauling the remains of a Carnival celebration—glimmering cardboard confetti—into the heart of their colony.