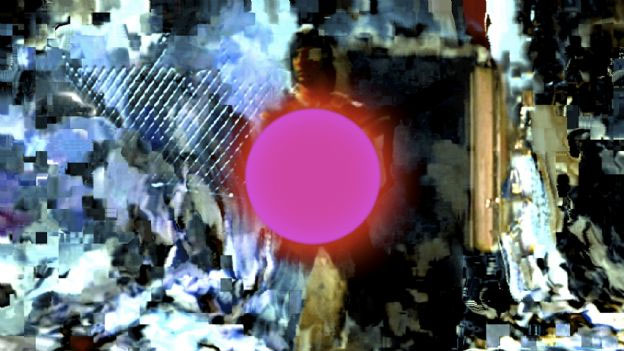 May 28 to September 9, 2007
Takeshi Murata (American, b. 1974) takes “found-object” images from feature films and digitally reworks and rejoins them in a technique that might be called electronic painting. Each of his short, hallucinogenic films involves thousands of individually rendered alterations and can take up to a year to complete. The effect is like visual quicksand—as viewers sink in deeper and deeper, they cannot recall which visual shifts led from one to the next. The exhibition included a selection of the artist’s short films, including Monster Movie (2005), featuring scenes the artist sampled from a video of the B-movie Caveman (1981), and Pink Dot (2006), then one of the latest additions to the Hirshhorn’s collection.

Support for the Black Box program is provided by Lawrence A. Cohen/Ringler Associates.