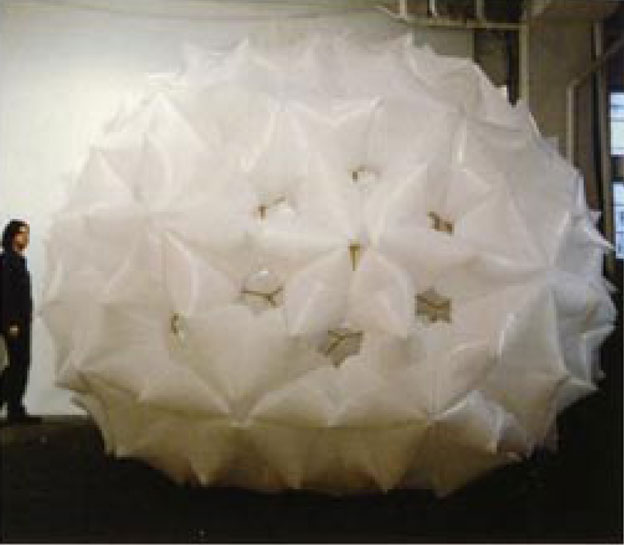 September 25, 2003, to January 4, 2004
Dan Steinhilber (b. 1972) uses everyday materials – such as soda bottles, garbage bags, and clothes hangers – in three works that responded directly to the architecture of the glass-enclosed lobby of the Hirshhorn. A fourth work by this Washington-based sculptor was sited outdoors on the Museum’s Plaza.

This was the first solo museum exhibition for Steinhilber, who explores light and shape by filling plastic tubing, bottles, bubble wrap, and other receptacles with translucent and colorful liquids such as duck sauce, dish soap, and soda and by stacking objects, including paint rollers, plastic cups, and Styrofoam food containers. This was also the first time since the Hirshhorn initiated its one-person Directions shows in 1987 that the series brought an installation to the Museum lobby.