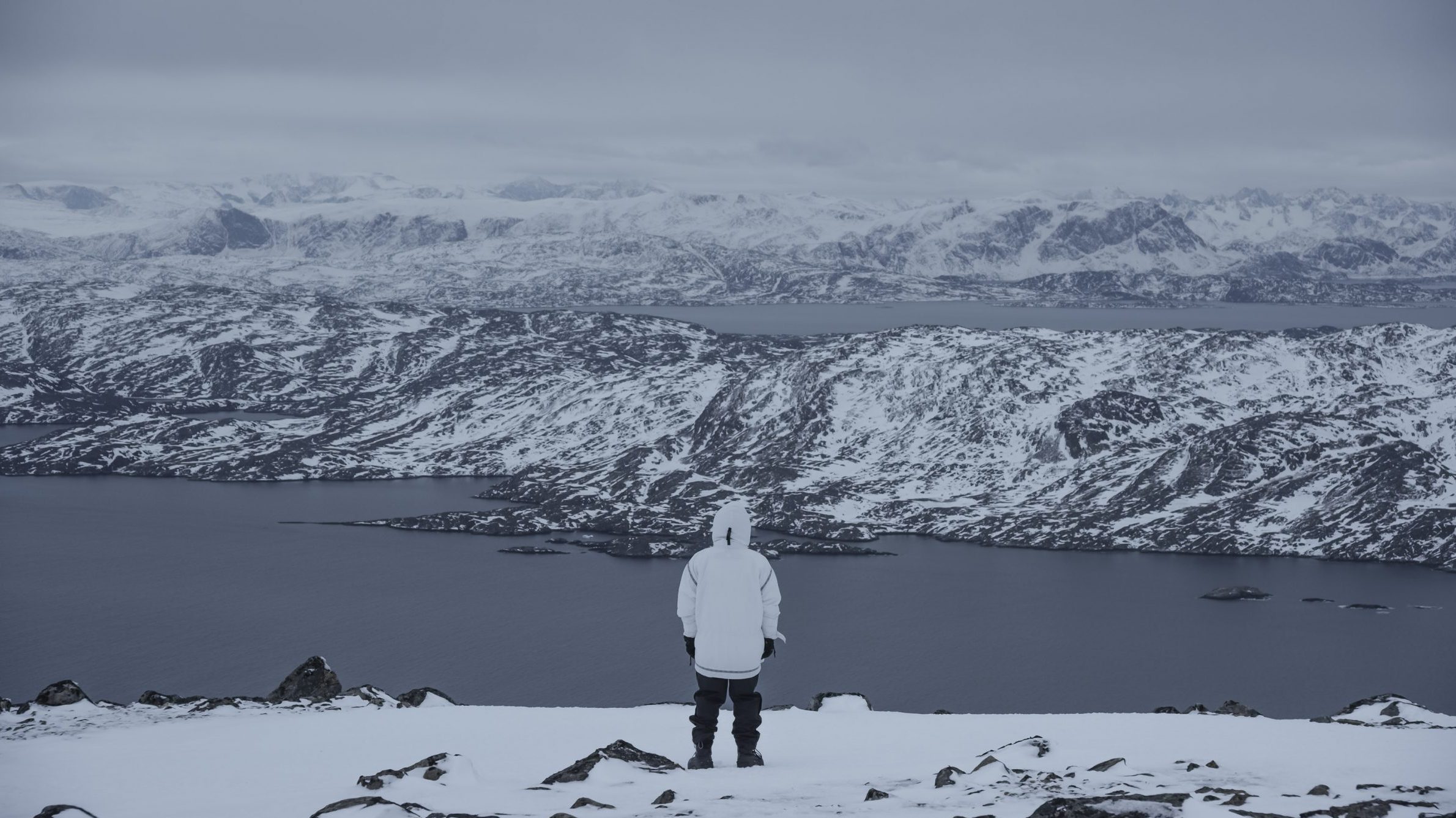 An enveloping, hour-long symphony of image and sound, Purple (2017) weaves together original film with archival footage against a hypnotic score to address themes related to climate change. Surveying a variety of disappearing landscapes, including parts of Alaska, Greenland, the Tahitian Peninsula and the South Pacific’s volcanic Marquesas Islands, Akomfrah conveys the interconnected relationship between the built and natural worlds in the Anthropocene. His striking images of these vulnerable environments mingle with historical recordings of coal mines, polluted lakes and factory labor, set against a resonant soundtrack of original music, archival recordings and spoken word. These elements come together to form a moving meditation on the impact of human progress on the Earth.

Akomfrah is a London-based artist and filmmaker whose works are characterized by their investigations into memory, post-colonialism, temporality, and aesthetics. His works often explore the experiences of migrant diasporas globally.

Purple plays across six large screens arranged in an arc, perfectly mirroring the Hirshhorn’s curved architecture. Carpet in a deep shade of purple—the color of mourning in Ghana, Akomfrah’s country of origin—blankets the floors and walls of the exhibition space, lending an inviting if somber mood and reminding viewers of the losses brought about by environmental devastation.

Purple was co-acquired by the Hirshhorn and the Institute of Contemporary Art in Boston in 2021. John Akomfrah: Purple is curated by Marina Isgro, associate curator of media and performance art who guided the acquisition of this time-based work.