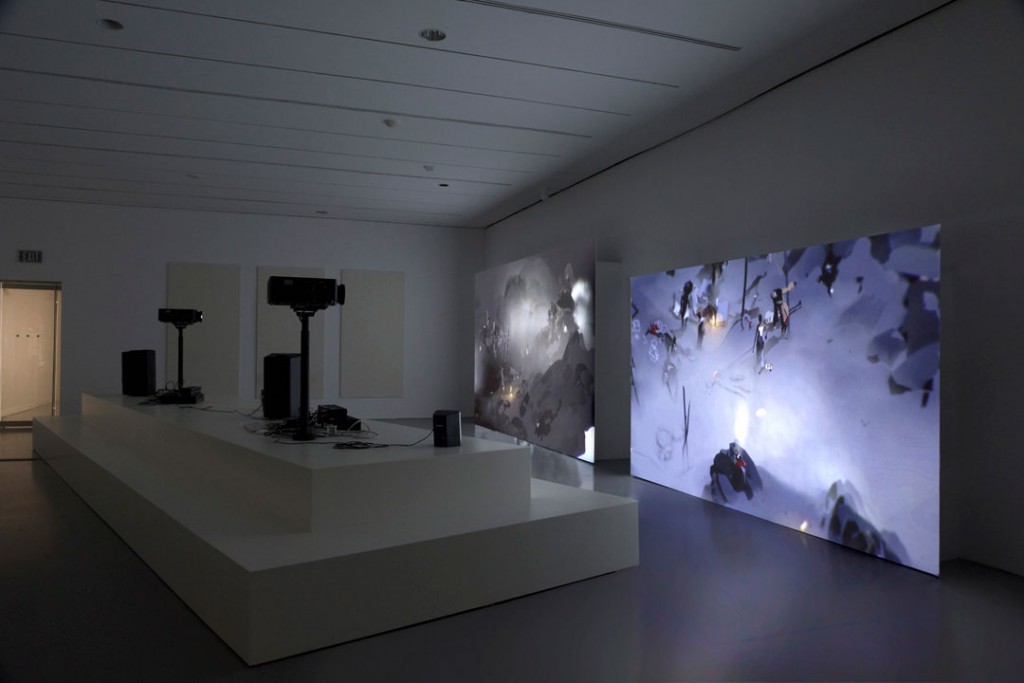 Ian Cheng’s digital simulations question the status of creators and the autonomy of artworks in the digital age. Using algorithms, game design, and principles of improvisation, Cheng creates virtual ecosystems that are populated with familiar objects programmed to “live” independently and influence each other. The New York-based artist has shown at MoMA PS1, MOCA Cleveland, and Kunsthalle Düsseldorf. His two-channel piece, Emissary in the Squat of Gods, creates a self-evolving story of a primitive society in peril. It is featured in the Hirshhorn’s current exhibition Suspended Animation, which highlights artists who use digitally generated images to question conceptions of reality.

Cheng will engage in conversation with Duquesne University political science associate professor Charles T. Rubin, whose recent research and publications focus on emerging technologies, such as nanotechnology and artificial intelligence, and those who believe they will allow the redesign of humanity. The artist and scientist will discuss their different approaches to examining human nature in the midst of developing artificial intelligence and technology.

This is the third and final Art + Science program, a series which pairs artists with scientists to explore new frontiers of digital identity.