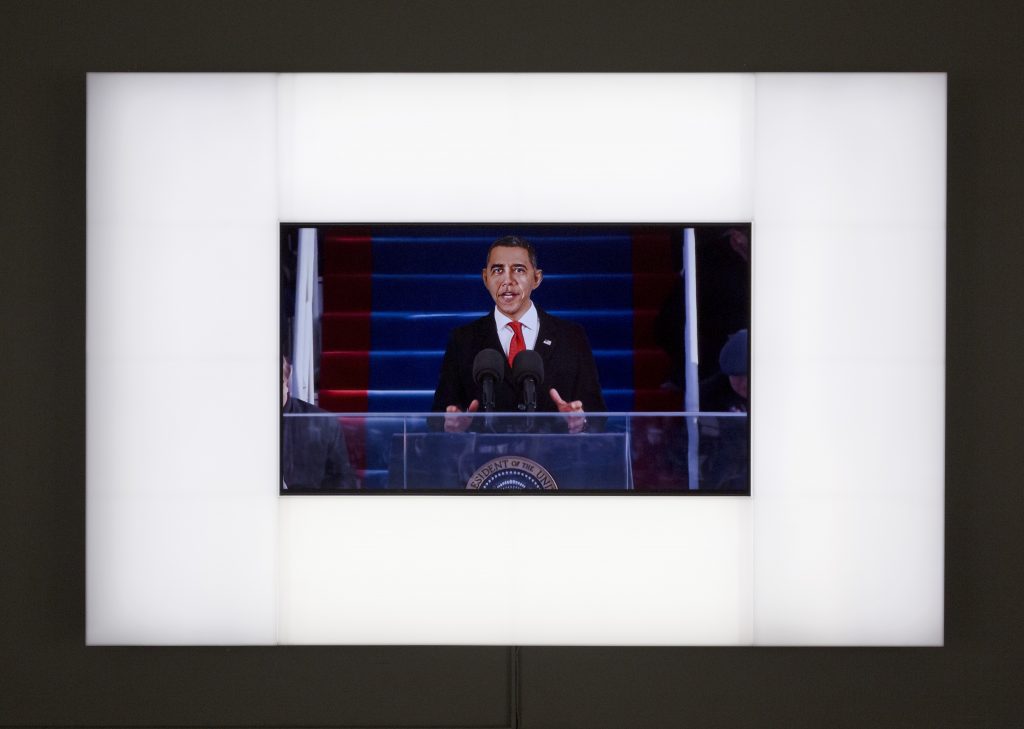 Described by The New Yorker as a “persuasive admixture of real and surreal, dark humor, and formal inventiveness,” Josh Kline’s innovative multi-media practice draws inspiration from advertising, social media, and the latest technological trends. Kline uses 3D printing and video editing—including emerging facial substitution tools—to reflect on technology’s impact within social and political spheres. His work has been shown at the Whitney Museum of American Art, the Portland Art Museum, and Modern Art Oxford. Hope and Change, a restaging of the 2009 Inaugural Address by a digitally rendered President Obama, is featured in the Hirshhorn’s current exhibition Suspended Animation, which highlights artists who use digitally generated images to question conceptions of reality

Kline will be joined by Matthias Niessner, a Visiting Assistant Professor at The Max Planck Center for Visual Computing and Communications at Stanford University, whose work also examines the digital fabrication of reality and real time video manipulation. Kline and Niessner will discuss their different approaches to face substitution technology. This is the first in a series of Art + Science programs, which pair artists with scientists to explore new frontiers of digital identity.