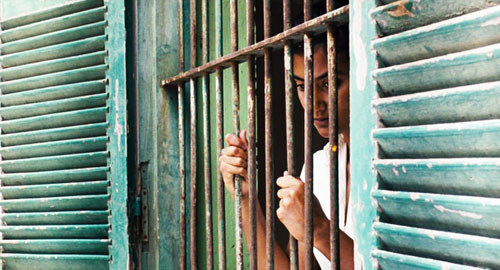 The Belgian film and installation artist’s latest feature is loosely based on Joseph Conrad’s first novel. Shot in the jungles of Cambodia, the film follows a French expat (Stanislas Merhar) and his beautiful daughter (Aurora Marion) and dissects how their aspirations collide. As in her other films, Akerman is a master of using cinematography to evoke alienation, displacement, and despair—with unforgettable elegance. In French, English, and Khmer.