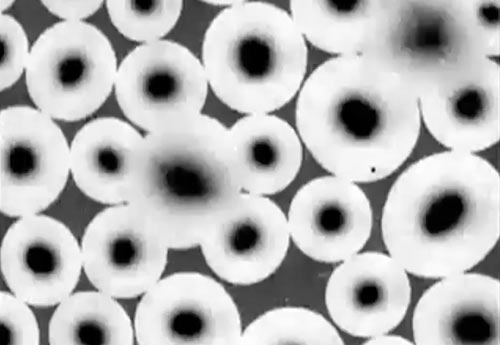 Among the godfathers of experimental film, Man Ray described his vanguard shorts as Cinéma Pur [Pure Cinema], as they resisted conventional notions of internal logic, dramatic arc, and narrative content. Chronological screenings will be interspersed with discussions led by artist and scholar Karen Yasinsky, who will unpack the novel, sensational, and Surrealistic elements of these iconic films.

Le Retour à la Raison, 1923, is a provocative compilation of imagery ranging from live-action (including the nude torso of his muse, Kiki de Montparnasse) to animated sequences that bring the artist’s cameraless “rayographs” to life. 3 minutes.

Emak-Bakia, 1926, takes its name from a Basque idiom that loosely translates to “Give us a rest.” This film creates an eerie, dreamlike realm by expanding the visual motifs introduced in Le Retour through the use of devices associated with Surrealist painting, such as oblique vantage points, mirrored imagery, and distortions. 16 minutes.

Developed with Surrealist poet Robert Desnos, L’Etoile de Mer [The Starfish], 1928, marks the invention of a form that remains influential today, the cine-poem. Lead actress Kiki de Montparnasse (Alice Prin) continues to define the chilly sensuality that is distinctive to the work of several Surrealists. She plays a flirtatious newspaper seller who, in the end, proves less the object of desire than the glass-encased starfish that holds her papers in place. 17 minutes.

Les Mystères du Château de Dé, 1929, references Stéphane Mallarmé’s poem “Un coup de dés jamais n’abolira le hasard” [A Throw of the Dice Will Never Abolish Chance] and unfolds as a peculiar journey, initiated when a masked couple, who meet in a café, decide that the role of dice will steer their course. Before each roll, destinations magically loom before them. They wander through the French countryside, empty small towns, curious grand interiors, and the Cubist-inspired spaces surrounding the Villa Noailles. Along the way, others, also traveling with cues from the roll of the dice, join their ramble. Surrealist sculpture by Pablo Picasso and Joan Miró adds to the odd, somnambulant atmosphere. The retinue’s antics in the garden and indoor pool of the villa add further to this aura before the revel ends as suddenly as the burst of a soap bubble. 29 minutes.