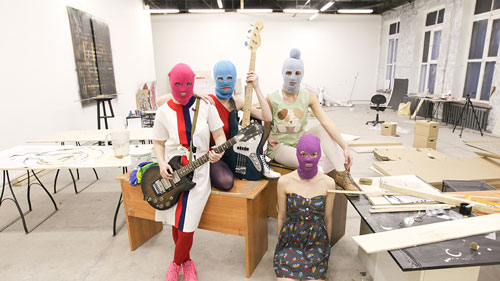 This documentary explores the story of the women in the infamous punk activist collective who made international headlines for their guerilla performance in Moscow’s Cathedral of Christ the Savior. The film examines Pussy Riot’s music, their movement, their approach to feminism and artistic freedom, and their protest of the relationship between church and state in Russia, as well as the trial and punishment of several members of the group. This expanded version contains footage not seen on HBO.

In Russian with English subtitles.