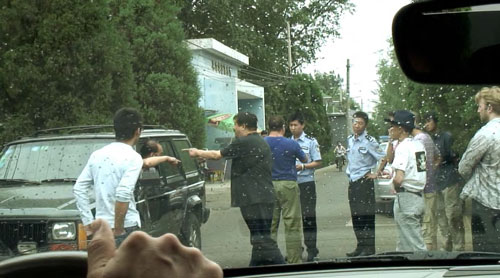 Ai Weiwei’s film So Sorry documents the undertaking and aftermath of the artist’s journey to witness the identification of the bodies of students killed during the 2008 Sichuan earthquake. Thousands of children died in their schools as a result of corruption that enabled poor construction and lax inspections. During a confrontation with police in a hotel in Chengdu, Sichuan province, the artist was beaten about the head. Shortly thereafter, while flying to Munich to prepare the exhibition from which the film takes its title, he suffered a brain hemorrhage. Upon landing, he was rushed into emergency surgery that saved his life. The film has English subtitles.