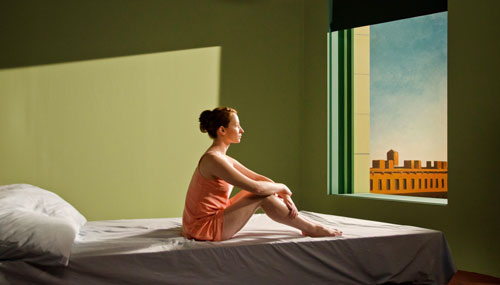 Austrian filmmaker Deutsch adapted thirteen of Edward Hopper’s best-known paintings as mise-en-scènes, bringing them to life through an invented character, Shirley. Each vignette is introduced with a radio newscast announcing actual events in US history, as the film moves from the 1930s into the 1960s. Stylized and incomparably inventive, Deutsch’s unique cinematic vision, attention to detail, and flair for encapsulating history make Shirley a must-see for Hopper devotees, history buffs, cinephiles, and those who think that when it comes to what movies can say and mean, they’ve seen it all.