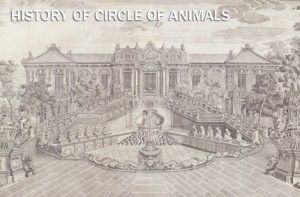 …Once upon a time, through a series of unfortunate events and in the name of a just cause, in the mid-nineteenth century Britain and China were on the opposite sides of not one, but two Opium Wars. Lord Elgin, the man who led the British and French forces that destroyed the Yuanming Yuan on October 18 1860,8 wrote that “War is a hateful business. The more one sees of it, the more one detests it.”9 Yet it was always necessary to achieving a desired end. Ergo, the destruction of the Yuanming Yuan in the cause of revenge, not only for the kidnap and torture of British diplomats10 and the Chinese refusal to conform to the Treaty of Tientsin, which the British obliged Chinese officials to sign in June of 1858,11 but—more to the point—to redress the unacceptable routing of British forces in China by Chinese forces in June 1859.12 This astonishing defeat could not go un-“dressed.” Thus it was that events were set in motion that would result in the demise of the Yuanming Yuan: a choice, explained in The New York Times some years after the event, of striking at “a government building to save the ordinary people from the ‘blow’…without exposing the great city to the horrors of a bombardment.”13

In the process, as has been vigorously described in historic accounts ever since, what could be pillaged was seized upon, that which was not deemed valuable or was too difficult to remove was destroyed, and then the whole lot torched. It took several days to complete the destruction.14 The French were said to consider Elgin’s decision “a Gothlike act of barbarism,”15 but, as if countering this undignified charge, one British soldier was reported as quipping: “People don’t plunder palaces every day.”16

And in the midst of the destruction and pillage twelve bronze animal heads were removed: heads that had functioned as the focal point of an elaborate water clock, and which were, then, but glorified waterspouts, the modern equivalent of gold-plated taps—or, less flatteringly, “a worthless pile of faucet heads, as numerous Chinese bloggers have confessed they are.”17 Impressive yes, realistic certainly, and artistic as far as befitted their utility, but since they were never intended to be viewed in close detail as artifacts independent of the water clock as a whole, they conform to a curiously simplistic aesthetic (fig. 2). Ai Weiwei might suggest that “what is really most bizarre is that objects like these can be misunderstood as a national treasure, when really they are not,” yet without doubt, important they are. The heads are possibly the only unique feature of the Yuanming Yuan to have survived to the present. The aura of the original trauma of the 1860 destruction is seen to engulf them; it is a potent quality. That is why, today “The ruins of these pavilions and their fountains…are taken…as being representative of the Yuanming Yuan as a whole, even though in extent and architectural style they were of minimal importance.”18

Indeed, since the offering of three heads at auction in 200019 in Hong Kong, for some portions of Chinese society the animal heads have become the rallying point for nationalist fervor. But as Ai Weiwei was quick to point out on his blog in February 2009, following the second wave of outrage ahead of the auction in Paris: “The rabbit and rat bronzes are not Chinese culture, and they have no artistic value. Patriotism is not a love of the Aisin Gioro family name, and twelve playthings manufactured in the West are not the quintessence of Chinese culture.”20

That was not the only thing Ai Weiwei had to say. The controversy that rose up around the animal heads demanded a response and, much to the delight of his blog followers, he rose to the challenge.21 While he used the conservative Chinese position and actions that took center stage in the wake of the auctions as a timely opportunity to take on the entire gamut of contemporary Chinese cultural attitudes, for Ai Weiwei the response—in particular, the local response among those who expressed outrage in China—was simply the latest example of the cultural malapropisms that abound in modern China. The advent of blogging had already provided him with an irresistible means of taking a stand against them, his prose a blend of Futurist Manifesto, Guerilla Girl j’accuse! and British-tabloid satire, toned with irreverence, candor, and always with wit. His diatribes also provided particular insight into the mood of contemporary China. “Once you understand that lawyers are swindlers, the law is dubious, the media is low-down, and the system is fatuous,” he opined in 2009, “then you will know why the Chinese pretend, and what they pretend. This is a nation that disregards fact and shamelessly grandstands itself.”22 The blog was where Ai Weiwei’s life and art converged seamlessly as he demonstrated his belief that there is little if any difference between art and politics, between artist and politician. In retrospect, the blog was to Ai Weiwei’s artistic career as a urinal in the hands of Marcel Duchamp.

The issue that fed his rhetoric in 2009 was the hollow ring to the so-called patriotic outcry against the auction of the rat and the rabbit animal heads in Paris and the politicized gestures on both sides that resulted.23 That, and the fact that, while there was a violently emotional posturing on the part of some Chinese people, as well as damning criticism of them and of Western collectors and authorities by others, at no point was there a public discussion about what had actually happened in the past, about what value the heads actually represented, nor of the extent of the actual damage done by the interlopers in comparison to the destructive force of the Chinese people when they set their minds to it. It was not about who was right or who was wrong, but about the reality that judgment is impossible in the absence of debate….

8 British and French troops entered the Yuanming Yuan on October 6, 1860. Much of the looting was done October 7-9. The fire was set on October 18.

9 Written by Elgin in his journal on October 7, 1860, in reaction to the partial pillaging of the Yuanming Yuan by an advance force of French troops. Quoted in John Beresford, Storm and Peace (Books for Libraries Press edition, reprinted 1967), 73.

10 A group of British diplomats that included Harry Parkes and Elgin’s secretary, Henry Brougham Loch, was arrested on September 18, 1860. Elgin determined that there was no alternative to an assault on the capital itself.

11 Signed between China and Britain on June 26 1858. This was one of a series of treaties imposed upon China by Russia, the U. S., Britain and France, and which were also known as the Unequal Treaties.

12 This followed the Chinese reaction to the manner in which newly appointed British Ambassador Frederic Bruce, brother of Lord Elgin, chose to “arrive” in Beijing, by marching on the capital with a large military entourage. The defeat was incurred at the Dagu Forts on the coast at Tianjin as the forces attempted to land and embark on the determined march.

13 “China, the Ruined Summer Palace, the Coolie Trade—Commission of Inquiry—New Printing Office—Visit of Prince Kung,” New York Times, February 2, 1874, 2. The writer was identified only as “our own Correspondent in Peking,” signed ‘P.’

16 John Hart Dunne of the 99th Regiment, in a letter to relatives in England, recorded in John Hart Dunne, From Calcutta to Pekin, Notes Taken from the Journal of an Officer Between those Places (Elibron Classics, facsimile of the 1861 edition published by Sampson Low, Son & Co., London, 2005), 131.

19 The first heads at auction were the monkey and the boar, which appeared in New York in 1987. Three—the ox, the horse and the tiger—were then offered in London in June 1989 (a moment when the Chinese people were distracted by the student demonstrations in Tian’anmen Square, and the government reprisal on June 4). The ox and the monkey heads were re-auctioned at Christie’s, Hong Kong in 2000; the tiger head was sold soon after at Sotheby’s, Hong Kong. All three were acquired by the Poly Museum in Beijing.

20 Ai Weiwei blog entry, “Give My Regards to Your Mother,” February 27, 2009. The blog was closed down in 2010. The collected blog texts appear in Ai Weiwei’s Blog—Writings, Interviews and Digital Rants, 2006-2009, edited and translated by Lee Ambrozy (Boston: MIT Press, 2011). Aisin Gioro was the family name of the Qing emperors.

21 During this phase of Ai Weiwei’s blog, he was receiving tens of thousands of hits per day. The blog was considered one of the most popular in China.

22 Ai Weiwei, “Give My Regards to Your Mother” in Ambrozy, Ai Weiwei’s Blog.