“Craftsmanship extends, of course, from useful to useless things and at its best to art.”
—Anni Albers, (1964) 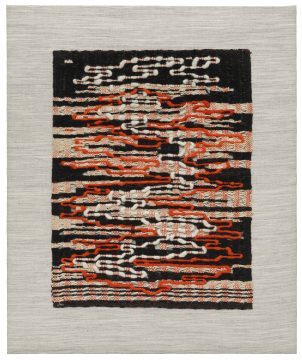 Look closely. What do you see?

Let your eye wander around the artwork. Describe colors, lines, and patterns.

Take a closer look at this detail of the weaving. 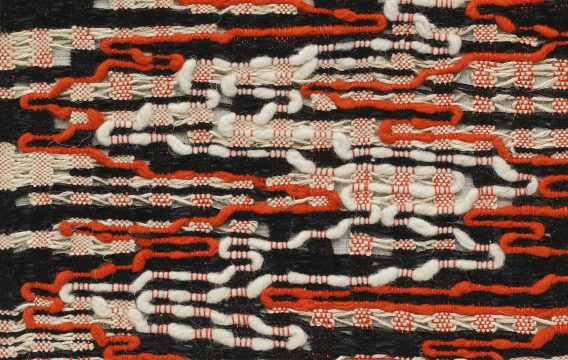 Have you ever really wanted to do something, and been told you couldn’t? Did you give up, or persevere? Meet Anni Albers. Anni Albers (1899–1994) was an American artist and craftsperson. She is best known for elevating fabric design as an art form.

Albers was born in Germany. She loved art from a very young age. She studied painting as a teenager and, despite the many hardships she knew, like poor living conditions, decided to attend art school.

How did she become an artist?

She attended a famous German art school, the Bauhaus, and established herself as an authority on weaving. In the 1920s, different art forms were considered appropriate for artists of different genders. Albers attempted to join a glass workshop, but was not allowed in due to being a woman. Reluctantly, Albers decided to study weaving with the other female students.

What challenges did she face?

Many people at that time viewed weaving as a craft – not a fine art form– but Albers was determined to change their minds! She pioneered geometric fabric designs and elevated her weaving to fine art. After completing her degree, Albers and her husband—fellow artist Josef Albers—left Germany in 1933 to teach art at Black Mountain College in North Carolina.

What were her accomplishments and contributions?

Albers experimented with weaving complex geometric patterns, developed Modernist weaving theory, and wrote the book On Weaving, which helped establish design as a field of study. She was the first design artist to have a solo exhibition at the Museum of Modern Art in New York. (A solo exhibition is a museum exhibit that focuses on highlighting one artist’s work.) Later in life, Albers continued to weave and write, while also experimenting with serigraphs, a type of printmaking, which uses similar layering techniques to produce seemingly tactile surfaces. 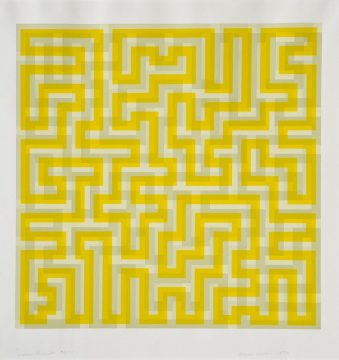 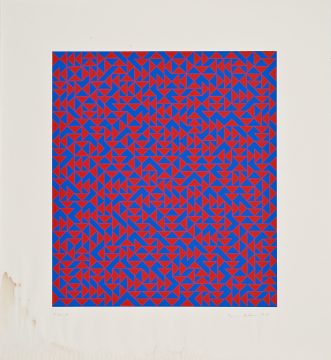