Transform a rock into a colorful work of art inspired by Pablo Picasso’s vibrant and expressive portraits. 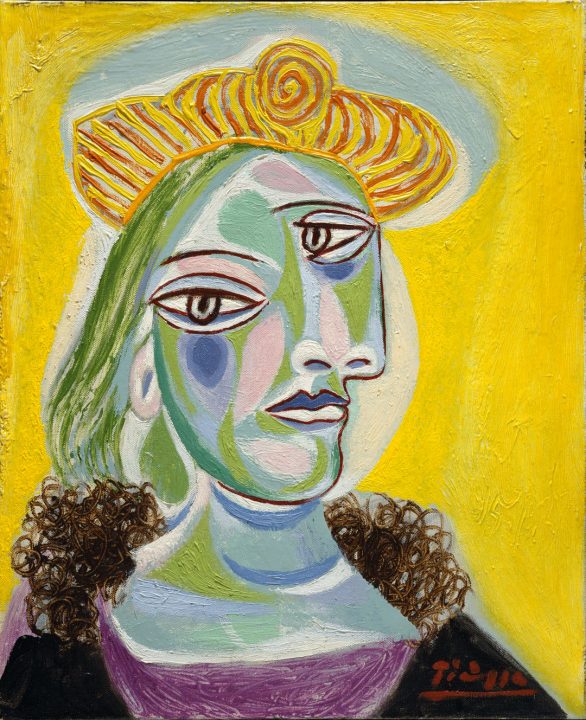 What do you see? Describe the colors, lines, and shapes. Can you identify specific features?

What do you think about this painting? Is there anything unusual about the artist’s use of color or the placement of facial features?

You probably noticed that the colors and facial features look unrealistic. The face is painted in shades of green, purple, and pink. The background is a vibrant yellow. One eye is placed higher than the other, just above a nose showing the face in profile. At the same time, the other eye looks directly at the viewer. This gives the impression that the face is looking in two directions at once.

This painting is titled Bust of a Woman (Dora Maar), and was completed by Pablo Picasso in 1938. It’s a portrait of Dora Maar, who was a French photographer and painter, and Picasso’s close friend. Maar was also an artist and she photographed the creation of one of his most famous works, Guernica, which was completed in 1937, one year before this painting.

In his seven-decade career, Picasso’s most frequent subjects were people and portraits. Picasso experimented with different styles, and is famous for helping to create a new style called Cubism. Cubist artworks reduce objects down to lines and geometric shapes, distorting figures and allowing multiple angles to be shown at once. Remarking on his unique style, Picasso once said, “I paint objects as I think them, not as I see them.”

See more of Pablo Picasso’s work in the Hirshhorn collection. 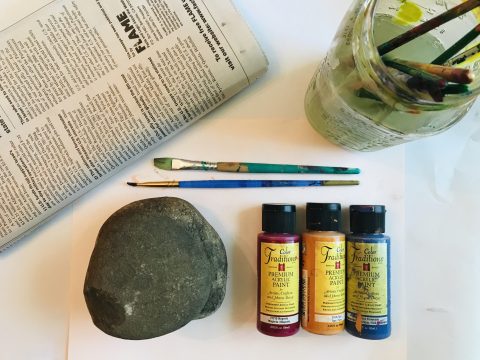 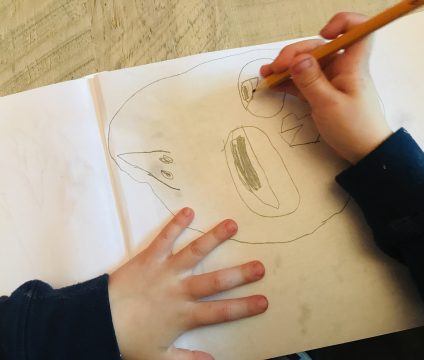 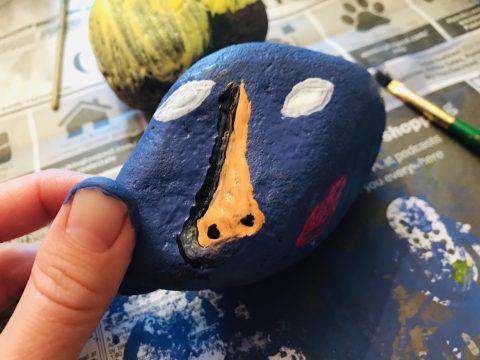 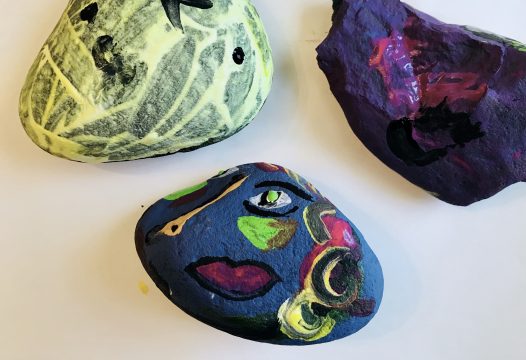 Picasso painted Bust of a Woman (Dora Maar) on a flat canvas. This project takes inspiration from the vibrant colors and cubist shapes in Picasso’s painting, but uses the 3D face-like surface of a rock.