Arts Administrator Brings Experience from Washington Project for the Arts 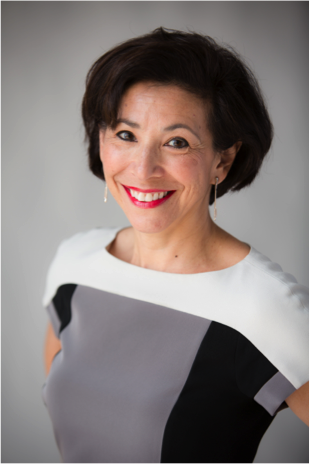 The Smithsonian’s Hirshhorn Museum and Sculpture Garden has hired Lisa Gold as its director of public engagement. Gold comes to the newly created position from the executive directorship of the Washington Project for the Arts, where she has served since 2009. She was previously the public relations and marketing director at The Drawing Center in New York City (2006–2009) and the director of development and communications at Socrates Sculpture Park in Long Island City, N.Y. (2002–2005).

“Lisa Gold is a vital member of my new leadership team,” said Melissa Chiu, the Hirshhorn’s director. “She has helped some of our most highly esteemed arts organizations to position and present themselves so that they stand out in a crowded marketplace of ideas. An adept fundraiser, communicator and manager, she has worked effectively with major stakeholders at the local, national and international levels. She has cultivated the relationships necessary to expand our programming and connections with multiple audiences, both on-site and online.”

At the Hirshhorn, Gold will be responsible for public programs and education, including the ongoing series of Meet the Artist talks, which have recently featured Shirin Neshat, Janine Antoni, and Jason Moran and Theaster Gates, as well as the prestigious James T. Demetrion Lecture, last presented by Claes Oldenburg, and the museum’s groundbreaking digital art studio for teens, ARTLAB+.

Now celebrating its 40th anniversary, the Hirshhorn Museum and Sculpture Garden is the Smithsonian Institution’s museum of international modern and contemporary art. With nearly 12,000 paintings, sculptures, photographs, mixed-media installations, works on paper and new media works, its holdings encompass one of the leading collections of postwar American and European art. The Hirshhorn presents diverse exhibitions and offers an array of public programs that explore modern and contemporary art. Located at Independence Avenue and Seventh Street S.W., the museum is open daily from 10 a.m. to 5:30 p.m. (closed Dec. 25). Admission to the galleries and special programs is free. For more information about exhibitions and events, visit hirshhorn.si.edu. Follow the Hirshhorn on Facebook at facebook.com/hirshhorn, on Twitter at twitter.com/hirshhorn, on Tumblr at hirshhorn.tumblr.com and on Instagram at instagram.com/hirshhorn. Or sign up for the museum’s eBlasts at hirshhorn.si.edu/collection/social-media. To request accessibility services, contact Kristy Maruca at marucak@si.edu or (202) 633-2796, preferably two weeks in advance.