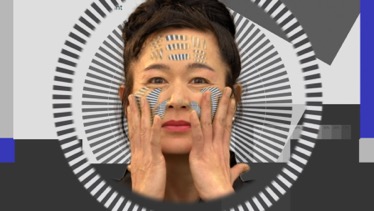 The Smithsonian’s Hirshhorn Museum and Sculpture Garden has acquired new works by Ragnar Kjartansson, Hito Steyerl and Mary Weatherford. All three artworks, which were made in the past three years, are museum purchases.

“The Hirshhorn is committed to acquiring new works by artists who are on the cutting edge of contemporary developments,” said Melissa Chiu, the Hirshhorn’s director. “Our last group of acquisitions targeted global modernism. This latest group represents exciting new work coming from Europe and the United States. The Hirshhorn is a museum with many stories to tell, and we are ensuring that we have a collection that enables us to tell them well.”

The acquisition of works by Kjartansson and Steyerl also underscores the importance of video as an area of collecting interest, just as the museum celebrates 10 years of Black Box exhibitions. Inaugurated in November 2005, the series has hosted moving-image works by a diverse slate of emerging and established contemporary artists, among them Francis Alÿs, Kimsooja, Oliver Laric and Semiconductor, as well as Sergio Caballero, who is featured in the current exhibition.

Seen in a Black Box exhibition at the Hirshhorn last year, “S.S. Hangover” (2013–14) by Kjartansson (Icelandic, b. Reykjavík, 1976; lives and works in Reykjavík) documents a performance at the 2013 Venice Biennale in which a small boat plies the waters by the Arsenale, picking up and discharging members of a brass band, which continuously plays a dirgelike composition by Kjartan Sveinsson. It is representative of a branch of Kjartansson’s work that features long-duration live performances of deeply emotional musical works. The acquisition also supports the artist’s first major survey exhibition, conceived and organized by the Barbican, London in association with the Hirshhorn, which runs at the Hirshhorn Oct.14, 2016–Jan. 8, 2017.

A mock-educational short film about escaping constant surveillance in the information age, “How Not to Be Seen: A Fucking Didactic Educational .MOV File” (2013) by Steyerl (German, b. Munich, 1966; lives and works in Berlin) is an example of “post-cinema” filmmaking, in which digital imagery delivered on computers and devices has supplanted traditional narrative film as the dominant form of moving-image media. Having debuted to much acclaim at the 2013 Venice Biennale, it joins another recent acquisition, Camille Henrot’s “Grosse Fatigue,” in considering the implications of technology that sees “the world as a picture.”

“Engine” (2014) by Weatherford (American, b. Ojai, Calif., 1963; lives and works in Los Angeles) is part of a series of large-scale paintings incorporating neon elements that the artist began in 2012. Working with Flashe, a vinyl-based acrylic paint that is both translucent and richly pigmented, Weatherford created a range of painterly effects, from thin, layered washes to denser, more heavily worked passages. She then added the drawing-like lines of neon. The work relates to color-field paintings in the Hirshhorn’s collection by Helen Frankenthaler and Morris Louis, as well as to gestural abstract expressionist canvases by Willem de Kooning and Joan Mitchell and neon works by Chryssa.