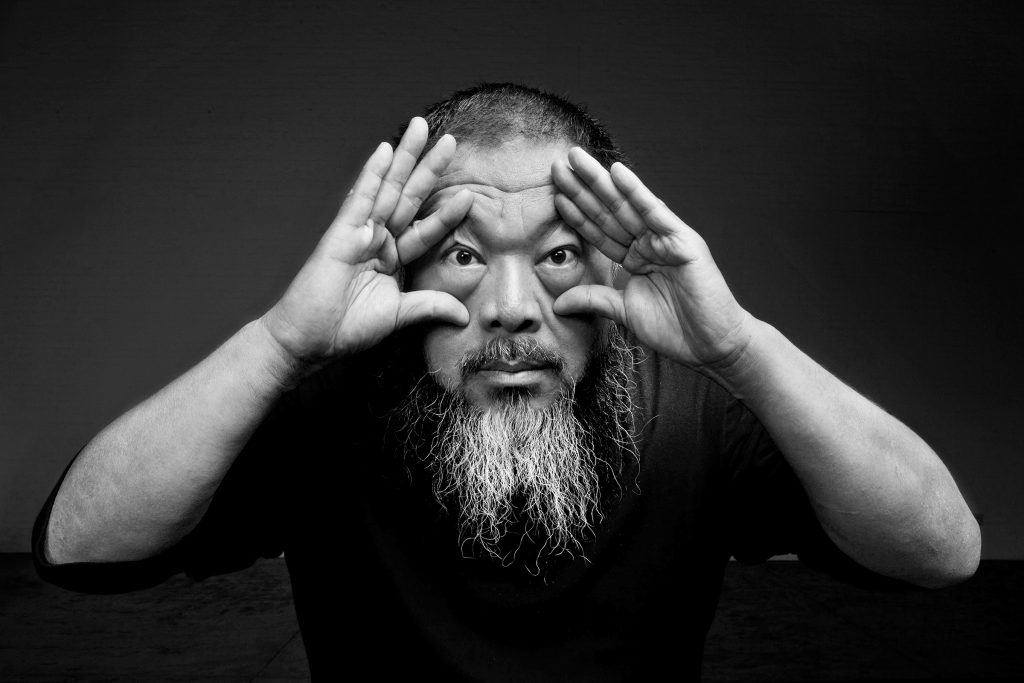 The Hirshhorn Museum and Sculpture Garden will present “Ai Weiwei: Trace at Hirshhorn,” a solo project by Ai Weiwei featuring new and recent works by the renowned Chinese artist June 28–Jan. 1, 2018. The presentation marks the East Coast debut of “Trace,” one of the artist’s most significant U.S. installations in recent years, and features the addition of two graphic wallpapers to accompany the work, one never before seen. Together, the massive installation will span 700 feet around the entirety of the museum’s second-floor galleries, responding to the building’s unique circular architecture. 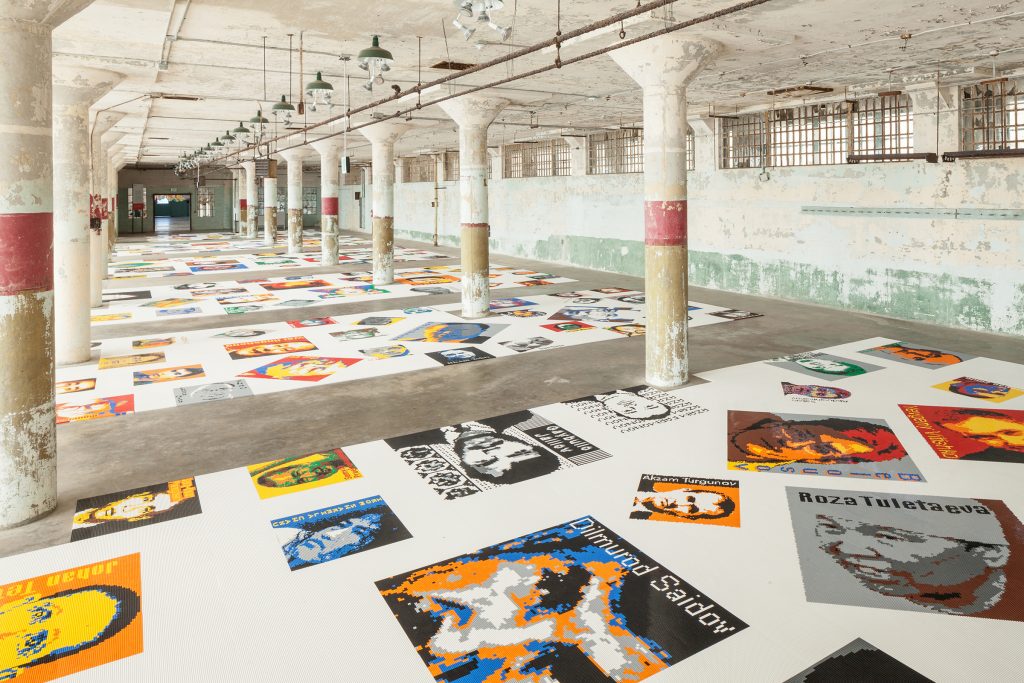 “Trace” features 176 portraits of people around the world whom the artist considers activists, prisoners of conscience or advocates of free speech. Each of the portraits is made of thousands of plastic LEGO® bricks, assembled by hand and laid out on the floor. Originally commissioned in 2014, “Trace” first opened as a site-specific installation at the former Alcatraz Federal Penitentiary in San Francisco, a collaboration between the nonprofit FOR-SITE Foundation, the National Park Service and the Golden Gate Park Conservancy. It drew nearly 1 million visitors.

“Trace” is shaped by Ai’s own experiences: In 2011, he was incarcerated, interrogated and kept under surveillance by the Chinese government for 81 days and then prohibited from traveling abroad until 2015. Since that time, his art has increasingly centered on the themes of freedom of speech and expression. The Hirshhorn hosted Ai’s first U.S. retrospective in 2012, which he was unable to attend.

“As a leading voice for 21st-century arts and culture, the Hirshhorn is dedicated to showcasing the most impactful works in global contemporary art,” said Hirshhorn Director Melissa Chiu. “Throughout his distinguished career, Ai has redefined the roles of both an artist and an activist. With the Hirshhorn’s 2012 retrospective of his work, museumgoers looked back at his creative output during the previous two decades. With this new presentation, visitors will experience a special focused consideration of Ai’s most influential and critically acclaimed recent works.”

“The Hirshhorn is breaking new ground, engaging people of all ages in enormously creative ways,” said Smithsonian Secretary David Skorton. “The recent Kusama exhibition, along with the premiere of this Ai Weiwei installation, are perfect examples of what we have come to expect from the Hirshhorn under the leadership of Melissa Chiu.”

Ai is recognized around the world as a creative force and cultural commentator, and for nearly three decades, he has redefined the role of both artist and activist.

Born in Beijing in 1957 to renowned poet and intellectual Ai Qing, Ai grew up in the Xinjiang region, where his father was exiled in 1959 under the communist regime. The artist studied at the Beijing Film Academy in 1978 before moving to the United States in 1981. After living in New York’s East Village for a decade, he returned to China in 1993 and helped establish the Beijing East Village contemporary art scene. In 2011, after a period of escalating conflict with Chinese authorities over his artwork, Ai was arrested for purported tax evasion. He was held for nearly three months before his release, and afterwards he was forbidden from leaving China until 2015.

His recent major solo exhibitions include those held at the Mori Art Museum, Tokyo (2009); the Tate Modern, London (2010); the Hirshhorn Museum and Sculpture Garden, Washington, D.C. (2012); the Royal Academy of Arts, London (2015); and the Palazzo Strozzi, Florence, Italy (2016). He has received numerous awards and honors, notably Amnesty International’s Ambassador of Conscience Award (2015) and the Wall Street Journal’s Innovator of the Year (2016).

LEGO® is a trademark of the LEGO Group, which does not sponsor, authorize, or endorse this program.