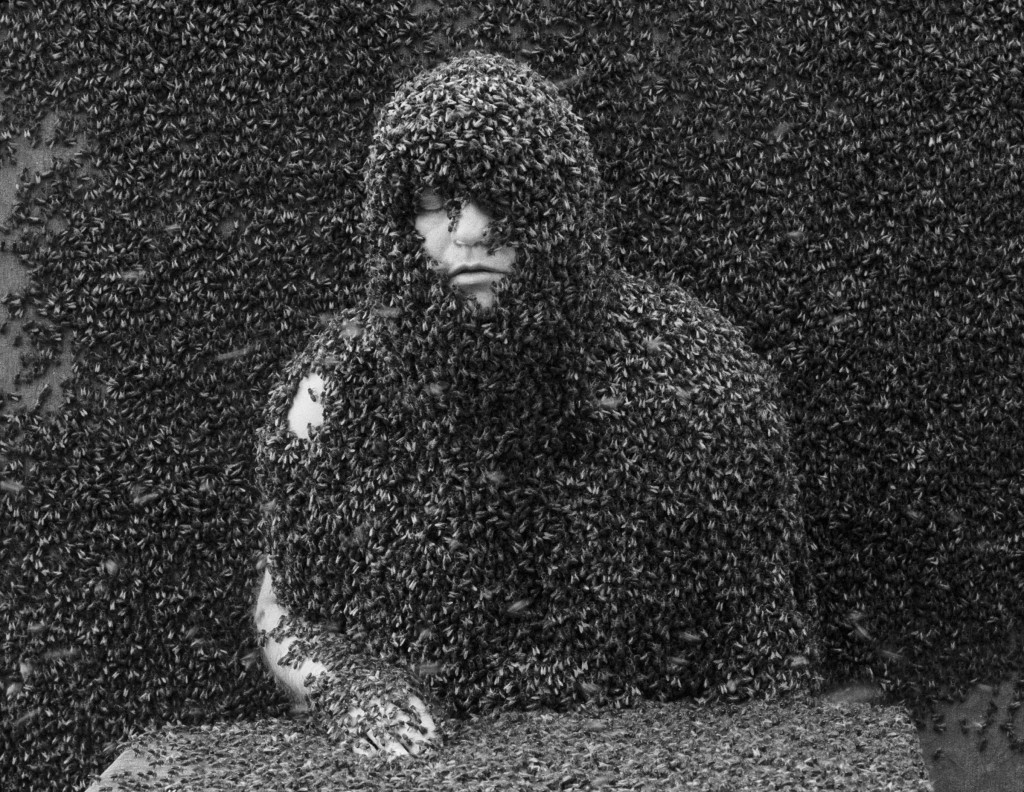 Still from Jeroen Eisinga’s Springtime, 2011. Courtesy of the artist.

Known for his short films, video installations, and photographs, Jeroen Eisinga takes performance art to a harrowing level in Springtime, 2009–11. Obviously dangerous and initially hard to watch, as the artist is gradually enveloped by more than 250,000 bees in the film, this process may also become stressful to consider looking away from—as viewers may feel they are abandoning him. Ultimately, there is something mesmerizing and peculiarly comforting about observing the bees cloak his body, as if they are cooperating to form a living shroud.

Although there is no soundtrack, it is easy to imagine what the artist hears and to identify with his plight. Is he suggesting suffering is central to art and at the core of creative expression? In this era of sensationalism, is performance art nothing if not extreme? With its focus on Eisinga’s unflinching, icon-like gaze, the piece at once embraces and rejects conventions of self-portraiture. The artist’s achievement, which took over two years to plan and create, is haunting, but also beautiful.