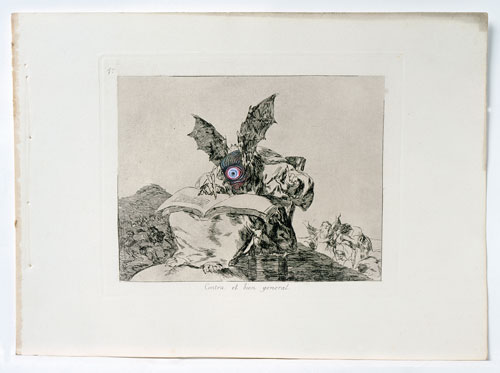 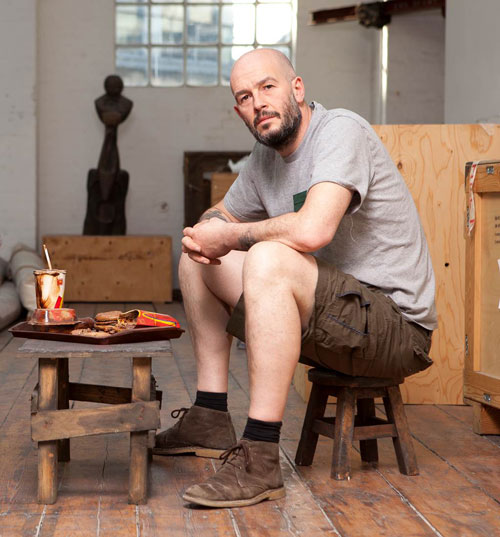 The violent and controversial imagery in Jake and Dinos Chapman’s collaborations earned the brothers a place in Young British Artists showcases Brilliant! and SENSATION, as well as a Turner Prize nomination. Throughout their career, the Chapmans have repeatedly engaged with The Disasters of War, Goya’s suite of etchings depicting the atrocities of the Napoleonic Wars, rendering the horrific scenes as hobbyist miniatures, life-size sculptural tableaux, and wallpaper. For Injury to Insult to Injury, 2004, currently on view in Damage Control: Art and Destruction Since 1950, they purchased a full edition of eighty etchings and “rectified” them by replacing victims’ heads with grotesque cartoons of the heads of monsters and insects. Jake Chapman discusses the theme of destruction in the brothers’ paintings, sculptures, and drawings.