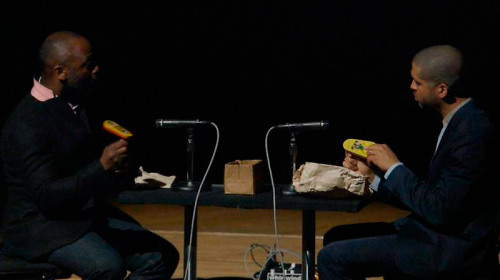 In May 2014, renowned jazz pianist, composer, and performance artist Jason Moran collaborated with visual artist Theaster Gates on Looks of a Lot, a live performance commissioned by the Chicago Symphony Orchestra. The eponymously titled documentary by RoundO Films follows their collaboration. Also featured in the film are saxophonist and clarinetist Ken Vandermark and bassist and vocalist Katie Ernst, as well as students from the Kenwood Academy Jazz Band, musicians who were integral to the project. Join us for a screening of the documentary followed by a discussion between Moran and Gates.

Admission is free. Seating is limited and available on a first-come, first-served basis.