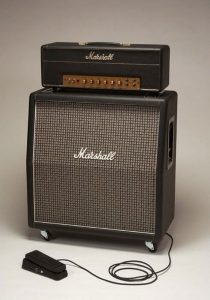 August 3 to October 30, 2005
As part of the Hirshhorn’s ongoing Directions series, the Museum commissioned a new artwork by Janet Cardiff (b. 1957), a Canadian-born artist known for her inventive use of binaural sound technology. Cardiff developed a 33-minute multisensory audio walk artwork, Words drawn in water, in which the artist’s layered sound effects merge to evoke a blending of history and memory. The audio walk debuted at the Hirshhorn August 3 and continued through October 30. Directions: Janet Cardiff offered visitors an interactive means to consider an array of ideas and experiences while contemplating the legacy of the National Mall. This artwork became a dynamic addition to the Hirshhorn’s collection.

To begin the walk, visitors started out individually from the Hirshhorn’s lobby with an Apple iPod Shuffle that delivered audio directions instructing them where to walk. Led by an anonymous narrator – whose voice was interspersed with enhanced recordings of ambient sounds, a cappella music, excerpts from historic speeches, and snippets of interviews with individuals who recounted their Washington, DC, experiences – participants passed through the Hirshhorn Plaza and Sculpture Garden, along the National Mall, and through other Smithsonian museums. Cardiff’s voiceover also included instructions and references to specific artworks, buildings, and vistas as visitors approached them on the predetermined route. The work was designed to be an individual experience.

Cardiff’s first audio walk artwork was developed in 1991 during a residency at the Banff Center for the Arts in Alberta. She inadvertently turned on a tape recorder and felt estranged from the persona projected by her own voice. Since then, she has used narration as a means to create an intimate connection to her audience. According to organizing curator Kelly Gordon, “In many of Cardiff’s works, her soothing whisper is offset by sound effects so vivid, so subtle, so three-dimensional that they challenge participants to distinguish what is and is not ‘real.'”

The artist has created audio walks in cities including Florence, Italy; London; San Francisco; and New York. Cardiff holds a bachelor’s degree from Queens University, Ontario, Canada, and a master’s degree from the University of Alberta, Edmonton, Alberta, Canada. She has had numerous solo exhibitions and a retrospective at P.S.1. MOMA in 2001.

(The free audio walk was available Wednesday through Sunday from 11 am to 2:30 pm, with the last dispatch at 2:30 p.m. A driver’s license or passport was required in exchange for the temporary loan of the equipment. Completing the audio walk required about one hour. The artist designed this work specifically for adults as a solo experience. Priority was given to those who wished to participate in the work as intended by the artist.)

Interview with the artist and project curator Kelly Gordon, July 2005:

KG: Can you describe what led you to develop your audio walks?

JC: The development of the audio walks came about through a totally serendipitous experience. I happened to press rewind while walking and taping in the field, and when I replayed it, listening with my headphones, I was fascinated by the layering of the past onto the present. It had a strange quality of creating a new world, blending together the physical and the virtual. I was also very excited by how my recorded body walking and talking created such an intense physical presence for me, as if there were another woman that was part of me but separate.

KG: How do you create such intense three-dimensional soundscapes?

JC: The technique that I use is called binaural audio. I record right on the site, following the exact route that the participant will eventually take. The recording system is made from two microphones mounted in the ears of a dummy head. Because of the head’s shape, it captures the way we hear. I get many looks and comments from people as I wander around with this blue [hairdresser’s dummy] head held out in front of me.

KG: How does location influence the development of each project? How has working on the National Mall compared to working on projects in other cities?

JC: Location is really very important to the content of a walk. The Mall was one of the most difficult and the most fascinating sites I’ve used. It was fascinating because of the abundance of important historic actions that have occurred there. It was difficult because in the end I had way too much information and too many recordings and not enough space to include them, so the editing process was pretty extreme. Also, I have to say that doing a walk in the capital of America in this current political situation was antithetical to my creative process. I had to turn off my negative feelings about the Bush administration in order to produce the piece. It made me realize how difficult it is not to become political in Washington.

KG: How did work on this project begin? What was the most difficult aspect to develop?

JC: The first part of the process was finding a route that interested me…a beginning, a middle, and an intimate location for the end. After establishing the route, the next part in the process was to do a lot of walking, listening, and looking. This is how I find themes that echo the location. In this piece, I concentrate on a couple of themes. One is the use of water as a metaphor for the fluidity of time and for connecting political ideas and people. Another interest for me in Washington became the prevalence of political illusion and working with that metaphorically. Just as a piece of mirror found on the sidewalk becomes a chunk of sky, the varying soundscapes, such as an audience clapping around you, a car passing, or a band playing, make you question the truth of anything you hear.

Concurrent with my walking and thinking, I researched a lot of the history of Washington to find things that would inspire me. I also interviewed several local people in the hopes of using their firsthand accounts. Some of these weren’t used in the final piece but gave me insights.

KG: Can you describe what techniques and strategies you use in Words drawn in water to give participants a kind of out-of-body experience?

JC: Sound has an innate ability to transport you out of your body, so if you give an audience various soundscapes, you can transport them through their imagination into many different places. For example, the sound of ghostly people talking around you can be startling, or the sound of horses going by can give you a sense of the past. I include simple but effective elements such as a fly buzzing your ear, passing musicians, or a helicopter flying overhead to take you out of your body into different imaginary spaces.

KG: Could you comment on the play between public space and private experience embodied in Words drawn in water?

JC: There is an intimate relationship between the artist and listener created by the audio walks. My thoughts are transmitted through the headset and create a very private space for the audience in the midst of a very public area. It’s like being an anonymous person walking in a city. Your thoughts are your own, establishing a mix between the private and the public.

KG: Are there particular elements in this audio walk that will surprise people who are familiar with your work?

JC: I think that this work is very much within the genre of my other pieces. I don’t think there is anything surprisingly different, but there will be surprising moments. That’s what I hope for…the unexpected taking you into a different world for a few moments, making you feel a bit of magic. That’s what art is all about, isn’t it?

The Hirshhorn’s Directions series has brought the work of leading and emerging international artists to Washington since 1987. Directions: Janet Cardiff was made possible in part by the Elizabeth Firestone Graham Foundation; Trellis Fund; contributions to the Hirshhorn’s Curators’ Circle; and the assistance of the Canadian Embassy. iPod® Shuffle courtesy of Apple®.